[Brussels 11 March 2017] This year, the European Women’s Lobby rose again in solidarity with women’s organisations and activists committed to end all forms of violence against women and exploitation of women and girls, by joining the global One Billion Rising (OBR) campaign organised by V-Day on February 14.

OBR comes as a very timely advocacy action at EU level: the EU member states re-discussing the EU accession to the Istanbul Convention on violence against women (VAW); the European Commission and the European Parliament are in favour of this accession and need support; 2017 has been designated EU year of focused actions on VAW. So our actions were relevant to make sure that the issue of VAW is firm on the political agenda. The sexual exploitation of women and girls is a growing phenomenon in Europe, and the European Commission is expected to present a new strategy to end sex trafficking, instrumental to put an end to the exploitation of women and girls.

As the European Women’s Lobby Observatory on VAW is about to celebrate its 20th anniversary (in June), We want to make sure that violence against women stays on the European agenda. Over the last 20 years, our relentless work has been instrumental to make VAW a European issue. We now need to ensure that words will transform into action, that the EU will walk the talk.

All over Europe, the European Women’s Lobby was active! Find some inspiring actions here:

EWL members joined efforts in organising a flash mob dance on one of the main squares of capital Vilnius in front of Lithuanian Government.

Action of EWL members in Vilnius

Portuguese members were active on social media and dancing in the streets of a.o. the cities of Lisbon and Covilha.

We need to end the system of prostitution now! Flyer 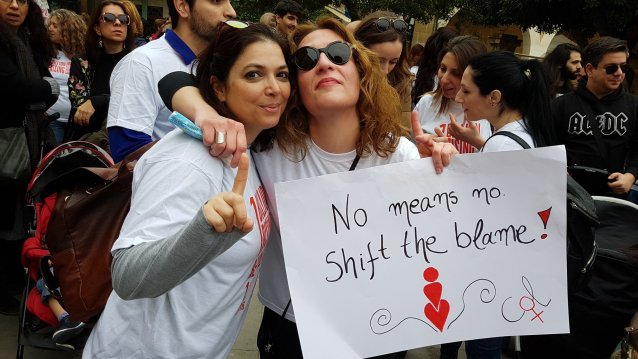 Cyprus no means no picture action 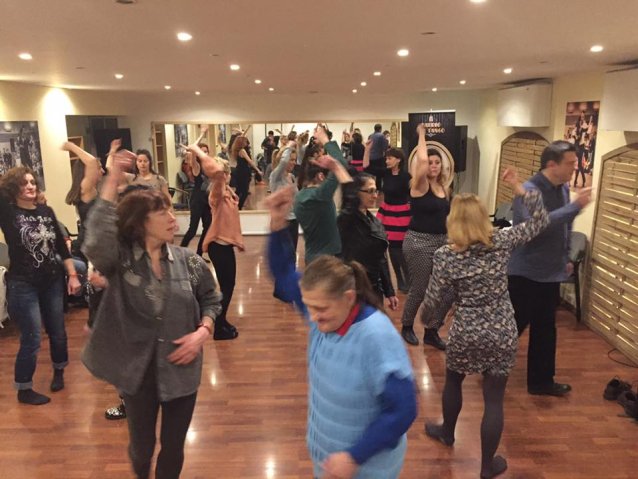 The EWL Greek Coordination was active on social media.

Maltese dancing for One Billion Rising

In Tarragona local women’s associations took part in One Billion Rising, all dressed in black with a red scarf.

In Brussels, the EWL joined the action in front of the European Parliament during the Feminist Forum.