Read the interview and learn more about Empress-Jamaica HERE

One billion women rising…transmits deep and resonant waves throughout my entire body.  Now more than ever, the Divine Feminine is awakening across the planet.  Why?  It is from Her that one is conceived, carried and [re]birthed.  She represents the epitome of the cycle of Life.  As with the masculine, without Her as we’ve come to know her, civilization ends.

There are many women who have gone before me, paving the way so that I may be here today, fully self-expressed.  A great part of my karmic duty as a human being is to offer wherever I can, to contribute to collective consciousness rising.
I am blessed to meet extraordinary women ALL OF THE TIME also following along their karmic path.

In honor of One Billion Women Rising, it is a privilege to interview two kindred souls; Karen Ayee and Bex Tyrer. 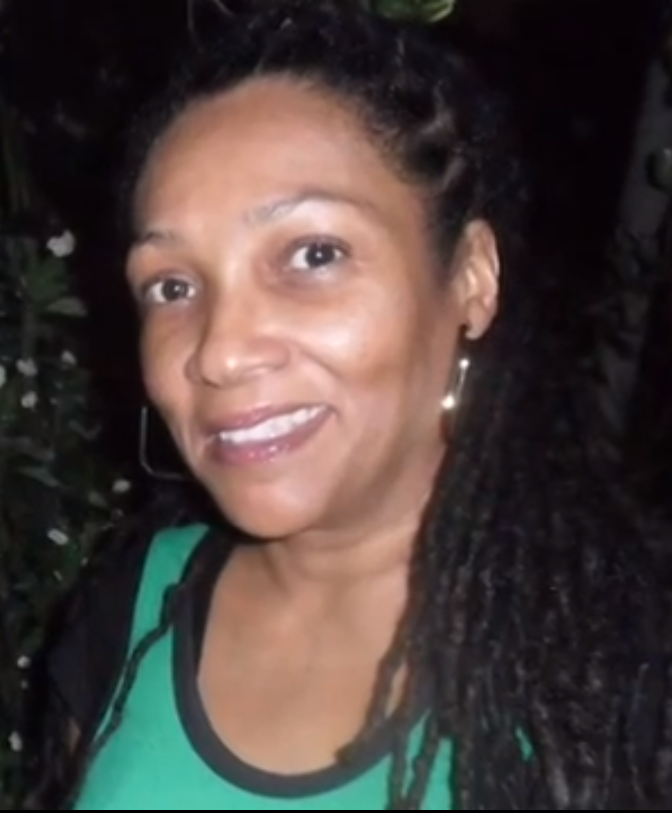 UE:  In fifty words or less, please share with our readers who you are being.  What lights you up and gets you out of bed each morning?

KA:  I am Being Karen in feminine form called to serve. The Power of Now gets me out of bed and lights me up with Divine Alignment to the universe. The issues of violence, abuse, on women and children are of great concern to me. We must come together and fight the battles with no resistance, no aggression, instead, a place of LoVe.

UE:  Karen, how did you get involved with One Billion Women Rising?

KA: I got involved due to the entertainment and advocate work I do in New York. Being so passionate about the issues of women and girls in my birth-land, along with my business partner Damali Robertson, we were invited to lead Jamaica in the Caribbean One Billion Rising by the OBR lead coordinator. I immediately thought of what justice would look like for women in Jamaica.  Suddenly, education, music and dance came to mind for awakening, healing, under One LoVe.

UE:  I LOVE what you’re doing to build the One Billion Women (OBW) Rising in Jamaica in particular, and the Caribbean in general.  Your recent video included here was off the charts!  In such a hyper masculine, paradoxical and contradictory society like ours, I was especially encouraged to see our men involved in this video.  Please share with the readers some of their views expressed.  Ultimately, what is their vision for the treatment of women in Jamaica?

KA: Yes it was great to have them included as one of their issues are that men are left out of decision making, especially as it pertains to issues surrounding them and the family. Though often misunderstood, the treatment of women from men comes from a natural instinct driven to protect; to lend support to the women. They also agree the violence must end and that women are provided with resources. However, due to the frustration of poverty, lack of education, and economic wherewithal, the family suffers abuse and violence on many different levels.

UE:  Music and dance go together, like ackee and saltfish.  Being actively involved in the reggae scene as a promoter (?) and advocate, how do you feel that music in Jamaica can play an integral role in the healing that we so desperately need to take place on our impressionable island that for all intents and purposes, seems to be going through a re-birth process?  A lot of the darkness that we’re witnessing is to me, a part of this process; i.e., we are in our shadow phase.

KA: Reggae music is, and will always be the healing music to Jamaica and the world. The beat of the drums is the beat of our hearts. The movement goes with the rhythm and so we must come together in movement to inhale and exhale, release and rise from the shadow to the light. As best our Bob Marley said it, ‘when it hits, you feel no pain’. 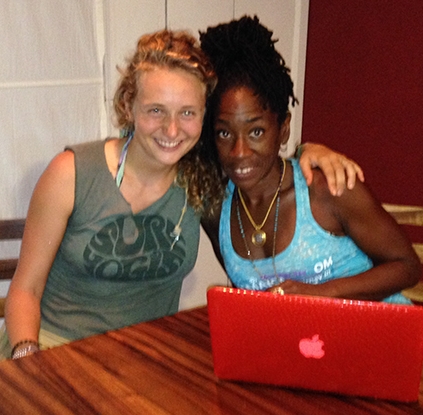 UE:  In fifty words or less, please share with our readers who you are being.  What lights you up and gets you out of bed each morning?

BT: I am a lover of movement! By using the gift that is my body and having clarity of mind and just being fortunate to be alive and awake, is enough to make me rise up and live more.

UE:  Bex, I’m so happy that we re-connected literally as I touched down in Bali.  Recalling our conversation, I feel that as Western women especially, we take for granted what it means to be in touch with our bodies.  I was fascinated by the bits you shared about your recent experience of teaching yoga in Palestine.  What brought you there in the first place?

BT:    For two years, 2004 to 2005, I worked there as a researcher and journalist. Basically, I decided to leave because I couldn’t handle what I witnessed daily; I simply didn’t have the emotional capacity to handle what I saw.  For a while, I dis-associated from that part of my life, and dived into yoga.  In returning to Palestine, I was able to share the very tool that gave me the power to survive in a conflict situation.  With yoga, I was able to show up and do the work the work from a much more centered place; approaching it from a place of love and not from a place of anger.

The separation wall built around Bethlehem where I lived is now 850 km long.  It is a perpetual ghetto.  It disturbed me that could cross but my Palestinian friends and colleagues couldn’t.  After the second intifada in 2004, they weren’t allowed to drive 30 min to the next village.  Any and everything becomes acceptable in a state of war.  For example, housing demolitions happened with barely 24 hours notice.  Fathers were arrested and children were made prisoners.  Why?  Because they threw stones!  That’s any child’s natural way of acting out. This sordid rite of passage passed from one generation to the next. Yet again, we witnessed women as the real victims of war.  Suddenly they were forced to become the breadwinners while their men were imprisoned, yet as women, they couldn’t leave the house to go and find work.

UE: Also, please share with us how the Palestinian women received you as a Western woman teaching yoga to them.  What tips would you offer to those who may wish to give back in communities and cultures that are very different to their own on so many levels?

BT: I visited Palestine twice in 2013; 1 time solo, and the other time with others.  Generally speaking, the Palestinian people were very receptive to us.  Within their cultural context, you had the Christian women who were more open, Muslims and then Muslims living in refugee camps.  The camps were the most daunting place to teach. –Women arrived in full hijab and even in women only class they were hesitant to remove it.  I felt that our time spent there wasn’t long enough.  Next time I intend on staying longer.  The women who accompanied me were Palestinian-American and obviously, found the situation perhaps more paradoxical and confronting than me.

UE:  The whole notion of OBW is built on the premise of 1 billion women dancing around the world.  I’m a firm advocate of movement as an effective tool for healing and transformation.  I know that you both share my sentiment on this.  Bex, being a yoga teacher as well a dance goddess – I loved your capoeira the other day at Sunday Dance J — how has movement aided in your own healing and why do you feel prompted to share it with others?

BT: Movement is tool for freedom and self-expression.  Once you discover your dharma you’re compelled to share it.  Dance breaks us free from the inside. It transcends conventional modes of communication – to break outside the box.  We need to break outside of these boxes in which we’ve imprisoned ourselves.  Then real transformation happens at every level; social, political, etc.

KA: Yes, I would like to say, thank you for the opportunity for sharing One Billion Rising Jamaica, our women are creators, goddesses. You are also a great contributor to Jamaica and the Caribbean, an inspiration as a humanitarian, thank you for Rising in LoVe and movement UE, it is transformational for our Jamaica and a pleasure to work with you.

BT: OBW rising in solidarity with women of Palestine. I believe in yoga as a tool for living. A big part of my practice is taking a stand. My formation of the Palestine Yoga Movement is my contribution and stance towards being a responsible global citizen.

UE:  Karen and Bex, the stories you both share serve to remind me and the world that when one of us suffers, we all suffer.  The plight of a woman in Jamaica is the plight of woman in Palestine and elsewhere.  While the details of their circumstances may seem different, the impact on children, women, men, society and the collective whole is essentially the same.  In other words, we are more alike than we are different.  It is my hope that our readers will recognize this; i.e., that this is the rise of collective consciousness in the name of One LoVe.

Thank you both for taking your time to share time and space with UniversalEmpress.