NEWS: “In India, ‘One Billion Rising’ Resonates with Many” (The New York Times) 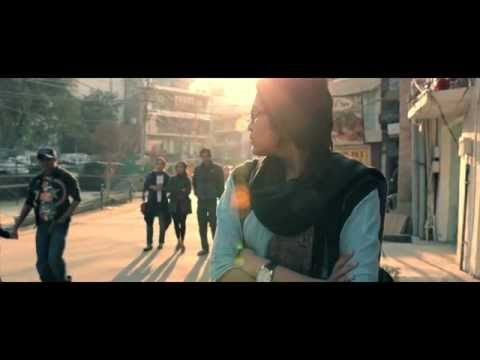 The protests in Delhi demanding justice after the Dec. 16 gang rape may have wound down, but many women here, including Reecha Upadhyay, a 34-year-old filmmaker, continue to feel a “deep sense of outrage.”

“We can’t be on the streets physically every day, but surely there’s something we can do,” Ms. Upadhyay said in an interview Wednesday. “I felt the need to continue the movement to demand safety for women.”

On Thursday, as India participates in One Billion Rising, a global campaign that uses dance to call for an end to violence against women, Delhi will have a full day of events, including a flash mob organized by a small group of young professionals including Ms. Upadhyay, at 5 p.m. on Parliament Street.

The international reaction to One Billion Rising, spearheaded by Eve Ensler, the author of “The Vagina Monologues,” has been strong: nearly 200 countries are expected to participate, and dance troupes are expected to pop up on street corners and at public squares around the world.

In India, the issue is particularly raw. The problem of violence against women has dominated public discussions and debate for nearly two months. The trial of the five men accused of the rape and murder of a 23-year-old physiotherapy student is being watched closely, and legislative and judicial changes are afoot.

“This is a new struggle for freedom,” Kamla Bhasin, the South Asia coordinator for the campaign, said of One Billion Rising. “Freedom from patriarchal mindsets, patriarchal families and patriarchal religious traditions.”

The campaign in India seeks to shift the focus from the lapses of the state to individuals who can drive change in their homes, communities and families. “Governments don’t rape; people do,” Ms. Bhasin said. “We should ask: What are we as a society doing to our girls and women?”

The One Billion movement urges people to “walk out, dance, rise up and demand an end to violence against women.”

On Thursday, women from low-income colonies in Delhi will organize candle marches in their localities. In Andhra Pradesh, those who benefit from the National Rural Employment Guarantee program will pledge not to participate in or tolerate violence. In Mumbai, popular actors and singers will attend public events.

The movement is designed to bring thousands out of their homes, Ms. Bhasin said, and seeks to “reclaim the streets” for women.

“Delhi Rising” hopes to do just that. It was born a month ago, when Shruti Singh, a 25-year-old fashion designer met Sakshi Bhalla, also 25 and a dancer and development worker, through Facebook. Soon, a handful of other young women, including Megha Chawdhry, a 24-year-old branding consultant, Reema Gudwani, a 30-year-old founder of a dance school, and Ms. Upadhyay, who makes films, joined the crew.

These women, who brought diverse skills to the campaign but were animated by the common goal of highlighting women’s rights issues, knew almost immediately that they wanted to organize a flash mob, and quickly divvied up the work: one took charge of social media outreach; some volunteered to choreograph the flash mob dance; and others started working on promotional material.

Soon, the campaign had a couple of videos (see here and here), an anthem and a choreographed routine. One of the short promotional videos, which has over 34,000 hits on YouTube, features four young unnamed women, some of whom have faced harassment in their homes, on the streets and in their communities and now pledge to rise up against that kind of treatment.

An Indian classical dancer since she was very young and now a salsa instructor, Ms. Bhalla, along with Ms. Gudwani, choreographed a flash mob that would be easy to learn and powerful to watch. Ms. Bhalla, who said she resents the stereotypical portrayal of women in Indian cultural and educational material like television advertisements and textbooks, put “everything else on hold,” including her job hunt, to work on the campaign.

Set to “Jago Delhi Jago,” (“Rise Delhi Rise”) a song composed for the event that urges women to stand up to silence and oppression, the dance routine closely echoes the lyrics. An instructional video was posted online to stir people to learn and participate in the flash mob. 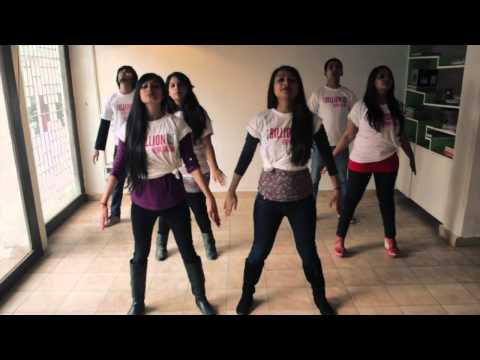 In the last four weeks, Ms. Bhalla and others reached out to several dozen dance studios, teaching dance instructors the routine, who then taught their students. She also connected with nonprofits and student groups, including those in lower-income areas where school dropout rates are high because of sexual harassment. She estimated that she and her friends have taught the dance routine to some 200 young men, women and children.

“Dance allows you to express emotions – outrage, anger, hope – that sometimes words don’t allow you to,” said Ms. Bhalla. “It’s a really powerful experience because you embody everything you’re thinking.”